Kevin was elected to the Board on 26 November 2020. He is a Chartered Accountant and a Chartered Insurance Practitioner.

Kevin is a Partner at EY and leads its Insurance Restructuring and Run-off practice as well as heading up its UK corporate simplification and exits business. Kevin is also a Director and Chief Risk Officer of Municipal Mutual Insurance Company Ltd (in Scheme of Arrangement).

I became involved in the world of legacy back in 1992, when I worked on the run-off of insolvent underwriters and brokers, dealing with claims, recoveries operations and systems.  Since then I’ve had the fortune to have been involved many aspects of run-off including Schemes of Arrangement, Part VII Transfers and transactions. I’ve also had a stint as a regulator. What I have always really liked about run-off is the blend of technical issues, commerciality and the human dimension.

I’m looking forward to contributing to the growth and relevance of IRLA as the legacy sector continues its evolution, becoming an increasingly important and core part of the insurance industry. 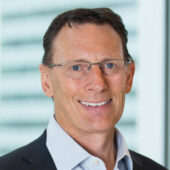