Paul was co-opted onto the Board of Directors of IRLA (aka ARC) in November 2007 and elected to the Board as Chairman one year later. Paul also chairs the annual Congress event and participates in several market committees, as well as being IRLA’s main conduit with the regulators. Paul ends his term as Chairman of IRLA in 2019.

“When I started at IRLA eleven years ago, I hardly knew anyone in the London Market as my role was primarily US facing. It was a great opportunity to get to know people and create great networks. Now, as I travel a lot more for my work, I don’t feel I can give the commitment that the Chairman role needs. Looking back, the Association is adapting to reflect the direction the market is moving, but we at IRLA have helped to move the market that way, by having a professional approach to the people who work in the legacy industry.” 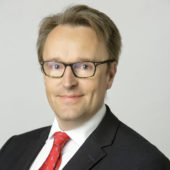